Disorders and Drugs That Can Cause Hepatic Fibrosis
Hepatic fibrosis is overly exuberant wound healing in which excessive connective tissue builds up in the liver. The extracellular matrix is overproduced, degraded deficiently, or both. The trigger is chronic injury, especially if there is an inflammatory component. Fibrosis itself causes no symptoms but can lead to portal hypertension Portal Hypertension Portal hypertension is elevated pressure in the portal vein. It is caused most often by cirrhosis (in developed countries), schistosomiasis (in endemic areas), or hepatic vascular abnormalities... read more (the scarring distorts blood flow through the liver) or cirrhosis Cirrhosis Cirrhosis is a late stage of hepatic fibrosis that has resulted in widespread distortion of normal hepatic architecture. Cirrhosis is characterized by regenerative nodules surrounded by dense... read more (the scarring results in disruption of normal hepatic architecture and liver dysfunction). Diagnosis is based on liver biopsy. Treatment involves correcting the underlying condition when possible.

In hepatic fibrosis, excessive connective tissue accumulates in the liver; this tissue represents scarring in response to chronic, repeated liver cell injury. Commonly, fibrosis progresses, disrupting hepatic architecture and eventually function, as regenerating hepatocytes attempt to replace and repair damaged tissue. When such disruption is widespread, cirrhosis Cirrhosis Cirrhosis is a late stage of hepatic fibrosis that has resulted in widespread distortion of normal hepatic architecture. Cirrhosis is characterized by regenerative nodules surrounded by dense... read more is diagnosed.

Various types of chronic liver injury can cause fibrosis (see table Disorders and Drugs That Can Cause Hepatic Fibrosis Disorders and Drugs That Can Cause Hepatic Fibrosis Hepatic fibrosis is overly exuberant wound healing in which excessive connective tissue builds up in the liver. The extracellular matrix is overproduced, degraded deficiently, or both. The trigger... read more ). Self-limited, acute liver injury (eg, acute viral hepatitis A Hepatitis A Hepatitis A is caused by an enterically transmitted RNA virus that, in older children and adults, causes typical symptoms of viral hepatitis, including anorexia, malaise, and jaundice. Young... read more ), even when fulminant, does not necessarily distort the scaffolding architecture and hence does not cause fibrosis, despite loss of hepatocytes. In its initial stages, hepatic fibrosis can regress if the cause is reversible (eg, with viral clearance). After months or years of chronic or repeated injury, fibrosis becomes permanent. Fibrosis develops even more rapidly in mechanical biliary obstruction.

Myofibroblasts, stimulated by endothelin-1, contribute to increased portal vein resistance and increase the density of the abnormal matrix. Fibrous tracts join branches of afferent portal veins and efferent hepatic veins, bypassing the hepatocytes and limiting their blood supply. Hence, fibrosis contributes both to hepatocyte ischemia (causing hepatocellular dysfunction) and portal hypertension Portal Hypertension Portal hypertension is elevated pressure in the portal vein. It is caused most often by cirrhosis (in developed countries), schistosomiasis (in endemic areas), or hepatic vascular abnormalities... read more . The extent of the ischemia and portal hypertension determines how the liver is affected. For example, congenital hepatic fibrosis affects portal vein branches, largely sparing the parenchyma. The result is portal hypertension with sparing of hepatocellular function.

Symptoms and Signs of Hepatic Fibrosis

Hepatic fibrosis itself does not cause symptoms. Symptoms may result from the disorder causing fibrosis or, once fibrosis progresses to cirrhosis Cirrhosis Cirrhosis is a late stage of hepatic fibrosis that has resulted in widespread distortion of normal hepatic architecture. Cirrhosis is characterized by regenerative nodules surrounded by dense... read more , from complications of portal hypertension. These symptoms include jaundice, variceal bleeding, ascites, and portosystemic encephalopathy Portosystemic Encephalopathy Portosystemic encephalopathy is a neuropsychiatric syndrome that can develop in patients with liver disease. It most often results from high gut protein or acute metabolic stress (eg, gastrointestinal... read more . Cirrhosis can result in hepatic insufficiency and potentially fatal liver failure.

Hepatic fibrosis is suspected if patients have known chronic liver disease (eg, chronic viral hepatitis Hepatitis C, Chronic Hepatitis C is a common cause of chronic hepatitis. It is often asymptomatic until manifestations of chronic liver disease occur. Diagnosis is confirmed by finding positive anti-HCV and positive... read more C or chronic hepatitis B Hepatitis B, Chronic Hepatitis B is a common cause of chronic hepatitis. Patients may be asymptomatic or have nonspecific manifestations such as fatigue and malaise. Diagnosis is by serologic testing. Without treatment... read more , alcoholic liver disease Alcohol-Related Liver Disease Alcohol consumption is high in most Western countries. According to the Diagnostic and Statistical Manual of Mental Disorders, Fifth Edition (DSM-5), 8.5% of US adults are estimated to have... read more

) or if results of liver tests Laboratory Tests of the Liver and Gallbladder Laboratory tests are generally effective for the following: Detecting hepatic dysfunction Assessing the severity of liver injury Monitoring the course of liver diseases and the response to treatment... read more are abnormal; in such cases, tests are done to check for fibrosis and, if fibrosis is present, to determine its severity (stage). Knowing the stage of fibrosis can guide medical decisions. For example, screening for hepatocellular carcinoma Hepatocellular Carcinoma Hepatocellular carcinoma usually occurs in patients with cirrhosis and is common in areas where infection with hepatitis B and C viruses is prevalent. Symptoms and signs are usually nonspecific... read more and for gastroesophageal varices Varices Varices are dilated veins in the distal esophagus or proximal stomach caused by elevated pressure in the portal venous system, typically from cirrhosis. They may bleed massively but cause no... read more 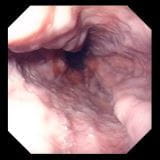 is indicated if cirrhosis is confirmed, but it is generally not indicated for mild or moderate fibrosis. Assessment of the degree of hepatic fibrosis helps assess the prognosis of patients with chronic viral hepatitis. However, since the widespread availability of direct-acting antiviral drugs, knowing the degree of fibrosis has become much less important in deciding when to initiate antiviral therapy.

Noninvasive imaging tests include conventional ultrasonography, CT, and MRI. These tests can detect evidence of cirrhosis Cirrhosis Cirrhosis is a late stage of hepatic fibrosis that has resulted in widespread distortion of normal hepatic architecture. Cirrhosis is characterized by regenerative nodules surrounded by dense... read more and portal hypertension Portal Hypertension Portal hypertension is elevated pressure in the portal vein. It is caused most often by cirrhosis (in developed countries), schistosomiasis (in endemic areas), or hepatic vascular abnormalities... read more , such as liver surface nodularity, splenomegaly Splenomegaly Splenomegaly is abnormal enlargement of the spleen. (See also Overview of the Spleen.) Splenomegaly is almost always secondary to other disorders. Causes of splenomegaly are myriad, as are the... read more , and varices. However, they are not sensitive for moderate or even advanced fibrosis and may fail to detect some cases of cirrhosis if splenomegaly and varices are absent. Although fibrosis may appear as altered echogenicity on ultrasonography or heterogeneity of signal on CT, these findings are nonspecific and may indicate only liver parenchymal fat.

Newer acoustic technologies can increase the accuracy of ultrasonography and MRI for detecting fibrosis or early cirrhosis; they include

For these tests, acoustic vibrations are applied to the abdomen with a probe. How rapidly these vibrations are transmitted through liver tissue indicates how stiff (ie, fibrosed) the liver is. However, certain other conditions besides fibrosis also increase liver stiffness, including severe active hepatitis Overview of Chronic Hepatitis Chronic hepatitis is hepatitis that lasts > 6 months. Common causes include hepatitis B and C viruses, nonalcoholic steatohepatitis (NASH), alcohol-related liver disease, and autoimmune liver... read more , increased right heart pressures, and the postprandial state. Also, these techniques have not been validated in pregnant patients. Thus, use of these techniques is typically not recommended in patients with one of these conditions.

Liver biopsy remains the gold standard for diagnosing and staging hepatic fibrosis and for diagnosing the underlying liver disorder causing fibrosis. However, liver biopsy is invasive, resulting in a 10 to 20% risk of minor complications (eg, postprocedural pain) and a 0.5 to 1% risk of serious complications (eg, significant bleeding). Also, liver biopsy is limited by sampling error and imperfect interobserver agreement in interpretation of histologic findings. Thus, liver biopsy may not always be done. Liver biopsy is usually not done solely for staging of hepatic fibrosis unless different noninvasive tests yield discordant results.

Blood tests include commercially available panels that combine indirect markers (eg, serum bilirubin) and direct markers of hepatic function. Direct markers are substances involved in the pathogenesis of extracellular matrix deposition or cytokines that induce extracellular matrix deposition. These panels are best used to distinguish between 2 levels of fibrosis: absent to minimal vs moderate to severe; they do not accurately differentiate between degrees of moderate to severe fibrosis. Therefore, if fibrosis is suspected, one approach is to start with one of these panels and then do liver biopsy only if the panel indicates that fibrosis is moderate to severe.

Which tests are done may depend on the degree of clinical suspicion, based on clinical evaluation, including liver test results. For example, noninvasive blood tests may be used to determine whether biopsy is indicated; in some of these cases, imaging tests may not be needed.

Because fibrosis represents a response to hepatic damage, primary treatment should focus on the cause (removing the basis of the liver injury). Such treatment may include antiviral drugs to eliminate hepatitis B virus or hepatitis C virus in chronic viral hepatitis, abstaining from alcohol in alcoholic liver disease Alcohol-Related Liver Disease Alcohol consumption is high in most Western countries. According to the Diagnostic and Statistical Manual of Mental Disorders, Fifth Edition (DSM-5), 8.5% of US adults are estimated to have... read more

or copper in Wilson disease Treatment Wilson disease results in accumulation of copper in the liver and other organs. Hepatic or neurologic symptoms develop. Diagnosis is based on a low serum ceruloplasmin level, high urinary excretion... read more

, and decompressing bile ducts in biliary obstruction. Such treatments may stop the fibrosis from progressing and, in some patients, also reverse some of the fibrotic changes.

Treatments aimed at reversing the fibrosis are usually too toxic for long-term use (eg, corticosteroids, penicillamine) or have no proven efficacy (eg, colchicine). Other antifibrotic treatments are under study. Silymarin, present in milk thistle Milk Thistle Milk thistle (Silybum marianum) is a purple-flowered plant. Its sap and seeds contain the active ingredient silymarin, a potent antioxidant and a term often used interchangeably with milk thistle... read more , is a popular alternative medicine used to treat hepatic fibrosis. It appears to be safe (except when combined with certain drugs to treat hepatitis C) but lacks efficacy.