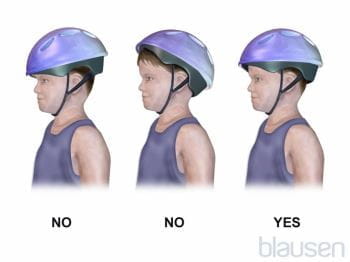 There are many tools of prevention, including the following major tools:

Lifestyle and disease are clearly linked. For example, eating an unhealthy diet Diet Atherosclerosis is a condition in which patchy deposits of fatty material (atheromas or atherosclerotic plaques) develop in the walls of medium-sized and large arteries, leading to reduced or... read more

(high in calories, saturated fats, and trans fatty acids), not exercising regularly, and smoking increase the risk of developing heart disease, cancer, and stroke—the three leading causes of death in the United States. Changing unhealthy lifestyle habits can help prevent particular disorders and/or improve fitness and quality of life. Talking with doctors and other health care practitioners can help people make good decisions and establish healthy habits. However, establishing and maintaining a healthy lifestyle can be done only by the person. Consistently eating a healthy diet and getting enough exercise are difficult for many people, but people who do so reduce their risk of developing serious disorders and often feel better and have more energy.

Healthy eating habits Diet Coronary artery disease is a condition in which the blood supply to the heart muscle is partially or completely blocked. The heart muscle needs a constant supply of oxygen-rich blood. The coronary... read more

Physical activity and exercise Benefits of Exercise Regular exercise makes the heart stronger and the lungs fitter, enabling the cardiovascular system to deliver more oxygen to the body with every heartbeat and the pulmonary system to increase... read more can help prevent obesity, high blood pressure, heart disease, stroke, diabetes, some types of cancer, constipation, falls, and other health problems. The best routine includes moderate physical activity for a total of 150 minutes per week, or vigorous aerobic activity for 75 minutes per week (or a combination of the two). Exercise periods should be at least 10 minutes long and ideally spread throughout the week. However, getting even a little bit of exercise is much better than none at all. For example, people who can devote only 10 minutes to physical activity a few times per week may still reap important benefits, particularly if the exercise is vigorous. Walking is one simple, effective exercise that many people enjoy. Certain types of exercise can also target specific problems. For example, stretching improves flexibility, which can help prevent falls. Aerobic exercise may decrease the risk of heart attacks and angina.

Quitting smoking Treatment While often very challenging, quitting smoking is one of the most important things smokers can do for their health. Quitting smoking brings immediate health benefits that increase over time... read more is important to a healthful lifestyle. A doctor can offer encouragement and advice on ways to successfully quit smoking, including information and recommendations on the use of nicotine replacement products, bupropion and varenicline (drugs that help reduce cravings), and other tools.

Safe sex practices Overview of Contraception Contraception is prevention of fertilization of an egg by a sperm (conception) or prevention of attachment of the fertilized egg to the lining of the uterus (implantation). Contraception (birth... read more remain important. Key safe sex practices are avoiding risky sex partners and remaining mutually monogamous. People who have more than one sex partner can greatly reduce their risk of contracting a sexually transmitted infection by correctly using a latex condom every time they have sex (see Prevention Prevention Sexually transmitted (venereal) diseases are infections that are typically, but not exclusively, passed from person to person through sexual contact. Sexually transmitted infections may be caused... read more

). People who are allergic to latex can use other kinds of condoms.

Limiting alcohol use Alcohol Alcohol (ethanol) is a depressant. Consuming large amounts rapidly or regularly can cause health problems, including organ damage, coma, and death. Genetics and personal characteristics may... read more is important. Although small amounts of alcohol, particularly red wine, may have some health benefits, drinking more than moderate amounts (for example, 1 to 2 drinks per day, possibly less for women) is often harmful. Each drink is about 12 ounces of beer, 5 ounces of wine, or 1.5 ounces of more concentrated liquor, such as whiskey.

Injury prevention plays a major role in maintaining a healthful lifestyle. People can lower their risk of injury by taking certain precautions, such as wearing appropriate protective equipment.

Adequate sleep Overview of Sleep Sleep is necessary for survival and good health, but why sleep is needed and exactly how it benefits people are not fully understood. One of sleep's benefits is its restorative effect on people's... read more is also an important part of a healthy lifestyle, particularly affecting mood and mental state. Insufficient sleep is a risk factor for injuries.

Vaccines Childhood Vaccinations Vaccination protects children against many infectious diseases. Vaccines contain either noninfectious components of bacteria or viruses or whole forms of these organisms that have been weakened... read more have been enormously successful. Dangerous and sometimes fatal infectious diseases such as diphtheria, pertussis, tetanus, mumps, measles, rubella, and polio have decreased by more than 99% from their peak number of cases, thanks to the availability of effective and safe vaccines and their widespread use. Furthermore, vaccinations save about $16 in health care costs for every $1 spent.

Many side effects have been attributed to vaccines (see Childhood Vaccination Concerns Childhood Vaccination Concerns Despite the strong vaccine safety systems in place in the United States, some parents remain concerned about the use and schedule of vaccines in children. These concerns can lead some parents... read more ). Actual side effects that occur depend on the vaccine, but common side effects are usually minor and include swelling, soreness, and allergic reactions at the injection site, and sometimes fever or chills. More serious side effects can occur. They include autoimmune reactions (for example, Guillain-Barré syndrome, which causes temporary weakness or paralysis). However, serious side effects are very rare if vaccines are used appropriately.

Systematic and extensive research has found no link between vaccines and other serious side effects such as autism. Reports that vaccines cause AIDS or sterility are urban legends and have no factual basis. Refusing vaccination to avoid side effects increases the risk of getting an infection, which is a much greater threat to health than are possible side effects of vaccination.

Children and adolescents, older adults, and people whose immune system is impaired are often the most vulnerable to developing vaccine-preventable infections. They are also often the most vulnerable to developing serious symptoms from these infections. For example, whooping cough (pertussis) tends to cause severe symptoms in infants but can be as mild as a cold in older, otherwise healthy people. Although it is most important to vaccinate the most vulnerable people, vaccinating other people is also important. Doing so prevents illness in the vaccinated person and also reduces the number of people in the community who could develop and thus transmit infection to more vulnerable people. Thus, deaths and serious complications in the community are reduced by vaccinating as many people as possible. This effect is called herd immunity.

Screening is testing of people who are at risk of a disorder but do not have any symptoms (see also Medical Testing Decisions, Screening Tests Screening tests Because many different diseases can cause the same symptoms, it can be challenging for doctors and other primary care practitioners to identify the cause. Doctors first gather basic information... read more ). Screening can allow for early detection. Early detection can allow for early treatment, sometimes keeping disorders from turning deadly. For example, abnormalities of the cervix or colon can be diagnosed and cured before they become cancerous.

Screening programs have greatly reduced the number of deaths caused by some disorders. For example, deaths due to cervical cancer, once the most common cause of cancer death among American women, have decreased 75% since 1955. Screening can also diagnose disorders that are not curable but that can be treated before they cause too much damage (for example, high blood pressure).

Screening recommendations usually come from government or professional organizations and are based upon the best available research. However, different organizations sometimes make different recommendations. There are several reasons for this. Even the best research results are not always conclusive. Also, screening recommendations must take into account how much risk and how much expense people are willing to accept, factors that cannot be known with certainty. Thus, care should be individualized, and people should discuss screening with their personal physician to suit their individual situation.

People might think that any test capable of diagnosing a serious disorder should be done. However, this is not true. Although screening can offer great benefits, it can also create problems. For example, screening test results are sometimes positive in people who do not have disease, and a certain number of those people then have additional follow-up tests and/or treatments that are unnecessary, often expensive, and possibly painful or dangerous. 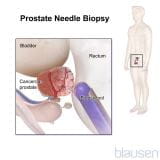 often grows so slowly that in older men, the cancer is unlikely to affect their health before they die from another cause. In such cases, the treatment can be worse than the disease. Another example involves using whole-body computed tomography scans to screen everyone for cancer. Such scans are not recommended because they do not have benefits (such as saving lives) that exceed the risks (such as developing disorders caused by the radiation exposure, including cancer). In addition, when people are told they could have a serious disorder, they can become anxious, which can affect health.

Because of these issues, screening is recommended only when

Some screening tests (such as tests for cervical and colon cancers) are recommended for all people of a certain age or sex. For people at increased risk because of other factors, tests may be recommended at an earlier age or at more frequent intervals, or additional tests may be recommended. For example, a person with a family history of colorectal cancer or with a disease that increases the chances of developing colorectal cancer, such as ulcerative colitis, would be advised to have a screening colonoscopy more often than is normally recommended for people at average risk. A woman with a strong family history of breast cancer would likely be advised to be screened for breast cancer with magnetic resonance imaging (MRI) in addition to mammography.

Some screening measures are recommended for people with certain disorders. For example, people with diabetes should check their feet at least once daily for redness and ulcers, which, if ignored, may result in severe infection and ultimately amputation.

Preventive drug therapy (also known as chemoprevention) is the use of drugs to prevent disease. For such therapy to be recommended, the person must be at risk of the disorder being prevented and be at low risk of side effects caused by the drug being considered.