Cells are the basic building blocks of the body. All tissues and organs Tissues and Organs Tissues are related cells that are joined together. The cells in a tissue are not identical, but they work together to accomplish specific functions. For example, muscle tissue has muscle cells... read more are made of billions of different cells. Human cells vary in size, but all are quite small. Even the largest, a fertilized egg, is too small to be seen with the naked eye.

All cells in a person's body are descendants of two cells, the mother's egg and the father's sperm. After the egg and sperm join together (fertilization), the fertilized egg is just a single cell. This cell, the zygote, divides many times, and as it divides, the descendant cells develop different characteristics and functions. These different cells eventually form the different organs (see also Stages of Development of the Fetus Stages of Development of the Fetus A baby goes through several stages of development, beginning as a fertilized egg. The egg develops into a blastocyst, an embryo, then a fetus. During each normal menstrual cycle, one egg (ovum)... read more 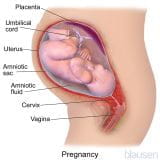 In addition to human cells, the human body has foreign cells. The foreign cells are microorganisms, such as bacteria Overview of Bacteria Bacteria are microscopic, single-celled organisms. They are among the earliest known life forms on earth. There are thousands of different kinds of bacteria, and they live in every conceivable... read more and fungi Overview of Fungal Infections Fungi are neither plants nor animals. They were once thought to be plants but are now classified as their own kingdom. Some fungi cause infections in people. Because fungal spores are often... read more , that live on the skin and in the airways, mouth, and digestive, reproductive, and urinary tracts without causing any harm. The microorganisms that usually occupy a particular body site are called the resident flora Resident Flora Healthy people live in harmony with most of the microorganisms that establish themselves on or in (colonize) nonsterile parts of the body, such as the skin, nose, mouth, throat, large intestine... read more , or the microbiome. Many resident flora are actually helpful to people—for example, by helping them digest food or by preventing the growth of other, more dangerous bacteria.

Viruses Overview of Viral Infections are not cells. Viruses contain genetic material Genes Genes are segments of deoxyribonucleic acid (DNA) that contain the code for a specific protein that functions in one or more types of cells in the body. Chromosomes are structures within cells... read more

(DNA or RNA), but they require a living cell in which to multiply.

Often thought of as the smallest unit of a living organism, a cell is made up of many even smaller parts, each with its own function.

Human cells have a surface membrane (called the cell membrane) that holds the contents together. However, this membrane is not just a sac, it is an active participant in the life of a cell. The membrane controls what chemicals and other substances can enter and leave the cell. The membrane also has receptors that identify the cell to other cells. The receptors also react to substances produced in the body and to drugs taken into the body, selectively allowing these substances or drugs to enter and leave the cell (see Receptors on Cells Receptors on Cells After being swallowed, injected, inhaled, or absorbed through the skin, mucosa under the tongue, or mucosa inside the cheek, most drugs enter the bloodstream and circulate throughout the body... read more ). Reactions that take place at the receptors often alter or control a cell's functions. An example of this is when insulin binds to receptors on the cell membrane to allow glucose to enter cells and help maintain appropriate blood sugar levels.

The nucleus contains the cell's genetic material (genes and chromosomes Genes and Chromosomes Genes are segments of deoxyribonucleic acid (DNA) that contain the code for a specific protein that functions in one or more types of cells in the body. Chromosomes are structures within cells... read more

), which contain all the instructions for how the cell functions and control cell division and reproduction.

Mitochondria are tiny structures inside the cytoplasm of every cell that provide the cell with energy.

Some cells, especially glandular cells, have as their primary function the production of complex substances, such as a hormone or an enzyme. Hormones are chemical messengers that control and coordinate activities throughout the body. For example, insulin is a hormone produced by certain cells in the pancreas to help regulate blood sugar levels. Enzymes are complex proteins that control and carry out nearly all chemical processes and reactions within the body. Other cells in the pancreas produce digestive enzymes that break down food so that it can be absorbed.

Other cells have primary functions that are not related to the production of substances. For example, muscle cells contract, allowing movement. Nerve cells generate and conduct electrical impulses, allowing communication between the central nervous system (brain and spinal cord) and the rest of the body.