Pulpitis can occur when

Pulpitis is designated as

of the jaw. Spread from maxillary teeth may cause purulent sinusitis Sinusitis Sinusitis is inflammation of the paranasal sinuses due to viral, bacterial, or fungal infections or allergic reactions. Symptoms include nasal obstruction and congestion, purulent rhinorrhea... read more 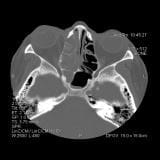 , meningitis Overview of Meningitis Meningitis is inflammation of the meninges and subarachnoid space. It may result from infections, other disorders, or reactions to drugs. Severity and acuity vary. Findings typically include... read more , brain abscess Brain Abscess A brain abscess is an intracerebral collection of pus. Symptoms may include headache, lethargy, fever, and focal neurologic deficits. Diagnosis is by contrast-enhanced MRI or CT. Treatment is... read more 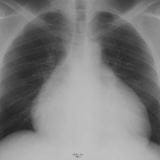 Symptoms and Signs of Pulpitis

In reversible pulpitis, pain occurs when a stimulus (usually cold or sweet) is applied to the tooth. When the stimulus is removed, the pain ceases within 1 to 2 seconds.

In irreversible pulpitis, pain occurs spontaneously or lingers minutes after the stimulus (usually heat, less frequently cold) is removed. A patient may have difficulty locating the tooth from which the pain originates, even confusing the maxillary and mandibular arches (but not the left and right sides of the mouth). The pain may then cease for several days because of pulpal necrosis. When pulpal necrosis is complete, the pulp no longer responds to hot or cold but often responds to percussion. As infection develops and extends through the apical foramen, the tooth becomes exquisitely sensitive to pressure and percussion. A periapical (dentoalveolar) abscess elevates the tooth from its socket, and the tooth feels “high” when the patient bites down.

Diagnosis is based on the history and physical examination, which makes use of provoking stimuli (application of heat, cold, and/or percussion). Dentists may also use an electric pulp tester, which indicates whether the pulp is alive but not whether it is healthy. If the patient feels the small electrical charge delivered to the tooth, the pulp is alive.

X-rays help determine whether inflammation has extended beyond the tooth apex and help exclude other conditions.

In reversible pulpitis, pulp vitality can be maintained if the tooth is treated, usually by caries removal, and then restored.

In irreversible pulpitis, the pulpitis and its sequelae require endodontic (root canal) therapy or tooth extraction. In endodontic therapy, an opening is made in the tooth and the pulp is removed. The root canal system is thoroughly debrided, shaped, and then filled with gutta-percha. After root canal therapy, adequate healing is manifested clinically by resolution of symptoms and radiographically by bone filling in the radiolucent area at the root apex over a period of months. If patients have systemic signs of infection (eg, fever), an oral antibiotic is prescribed (amoxicillin 500 mg every 8 hours; for patients allergic to penicillin, clindamycin 150 mg or 300 mg every 6 hours). If symptoms persist or worsen, root canal therapy is usually repeated in case a root canal was missed, but alternative diagnoses (eg, temporomandibular disorder, occult tooth fracture, neurologic disorder) should be considered.

Very rarely, subcutaneous or mediastinal emphysema develops after compressed air or a high-speed air turbine dental drill has been used during root canal therapy or extraction. These devices can force air into the tissues around the tooth socket that dissects along fascial planes. Acute onset of jaw and cervical swelling with characteristic crepitus of the swollen skin on palpation is diagnostic. Treatment usually is not required, although prophylactic antibiotics are sometimes given.