Kidney cancer accounts for about 2 to 3% of cancers in adults, affecting about 50% more men than women. About 76,080 people develop kidney cancer each year, and about 13,780 die of it (2021 estimates). Smokers are about twice as likely to develop kidney cancer as nonsmokers. Other risk factors include exposure to toxic chemicals (for example, asbestos, cadmium, and leather tanning and petroleum products) and obesity. People who are undergoing dialysis Dialysis Dialysis is an artificial process for removing waste products and excess fluids from the body, a process that is needed when the kidneys are not functioning properly. There are a number of reasons... read more

) are also at higher risk of kidney cancer. People affected are usually between 50 and 70 years of age.

Symptoms may not occur until the cancer has spread (metastasized) or become very large. Blood in the urine is the most common first symptom, but the amount of blood may be so small that it can be detected only under a microscope. On the other hand, the urine may be visibly red. The next most common symptoms are pain in the area between the ribs and hip (the flank), fever, and weight loss. Infrequently, a kidney cancer is first detected when a doctor feels an enlargement or lump in the abdomen. Other nonspecific symptoms of kidney cancer include fatigue, weight loss, and early satiety (feelings of fullness after a meal).

The red blood cell count may become abnormally high (polycythemia) because high levels of the hormone erythropoietin (which is produced by the diseased kidney or by the tumor itself) stimulate the bone marrow to increase the production of red blood cells. Symptoms of a high red blood cell count may be absent or may include headache, fatigue, dizziness, and vision disturbances. Conversely, kidney cancer may lead to a drop in the red blood cell count (anemia Overview of Anemia Anemia is a condition in which the number of red blood cells is low. Red blood cells contain hemoglobin, a protein that enables them to carry oxygen from the lungs and deliver it to all parts... read more ) because of slow bleeding into the urine. Anemia may cause easy fatigability or dizziness. Some people develop high levels of calcium in the blood (hypercalcemia Hypercalcemia (High Level of Calcium in the Blood) In hypercalcemia, the level of calcium in blood is too high. A high calcium level may result from a problem with the parathyroid glands, as well as from diet, cancer, or disorders affecting... read more

If cancer is diagnosed, other imaging tests (for example, chest x-ray, bone scan, or CT of the head, chest, or both) as well as blood tests may be done to determine whether and where the cancer has spread. However, sometimes cancer that has recently spread cannot be detected. Occasionally, surgery is needed to confirm the diagnosis. Rarely, doctors recommend a biopsy of either the kidney mass or other areas of the body concerning for spread to confirm the diagnosis.

Many factors affect prognosis, but the 5-year survival rate for people with small cancers confined to the kidney is greater than 90%. Cancer that has spread has a much worse prognosis. In these people, the goal is often to focus on controlling the disease spread, pain relief, and other means to improve comfort (see Symptoms During a Fatal Illness Symptoms During a Fatal Illness Many fatal illnesses cause similar symptoms, including pain, shortness of breath, digestive problems, incontinence, skin breakdown, and fatigue. Depression and anxiety, confusion and unconsciousness... read more ). As with all terminal illnesses, planning for end-of-life issues (see Legal and Ethical Concerns Legal and Ethical Concerns at the End of Life People and their family members often have specific wishes and needs related to death and dying. Advance directives instruct family members and health care practitioners about a person’s decisions... read more ), including creating advance directives Advance Directives Health care advance directives are legal documents that communicate a person’s wishes about health care decisions in the event the person becomes incapable of making health care decisions. There... read more , is essential.

When the cancer has not spread beyond the kidney, surgically removing the affected kidney provides a reasonable chance of cure. Alternatively, surgeons may remove only the tumor with a rim of adjacent normal tissue, which spares the remainder of the kidney. For very small masses in the kidney (smaller than 3 centimeters or about 1.2 inches) or in people too sick to tolerate surgery, active surveillance (close monitoring) or ablation (a procedure done by radiologists to burn or freeze the mass) may be options.

If the cancer has spread into adjacent sites such as the renal vein or even the large vein that carries blood to the heart (vena cava) but has not spread to lymph nodes or distant sites, surgery may still provide a chance for cure. However, kidney cancer has a tendency to spread early, especially to the lungs, sometimes before symptoms develop. Because kidney cancer that has spread to distant sites may escape early diagnosis, metastasis sometimes becomes apparent only after doctors have surgically removed all of the kidney cancer that could be found.

If surgical cure seems unlikely, other treatments can be used, although these are rarely curative. Treating the cancer by enhancing the immune system’s ability to destroy it causes some cancers to shrink and may prolong survival (see Immunotherapy Immunotherapy for Cancer Immunotherapy is used to stimulate the body's immune system against cancer. These treatments target specific genetic characteristics of the tumor cells. The genetic characteristics of tumors... read more ). Older immunotherapy treatments sometimes used for kidney cancer include interleukin-2 and interferon alfa-2b. Newer immunotherapies called checkpoint inhibitors block a molecule on cancer cells called PD-L1 (a "checkpoint"). PD-L1 can allow cancers to escape detection (and thus destruction) by the body's immune system. Combinations of drugs that include checkpoint inhibitors are available. Often they are the treatment of choice in people with metastatic disease and after surgical resection of the cancer in people with intermediate to high risk of the cancer's recurrence.

Various combinations of other interleukins, thalidomide, and even vaccines developed from cells removed from the kidney cancer are also being investigated. These treatments may be helpful for metastatic cancer, although the benefit is usually small. Rarely (in less than 1% of people), removing the affected kidney causes tumors elsewhere in the body to shrink. However, the slim possibility that tumor shrinkage will occur is not considered sufficient reason to remove a cancerous kidney when the cancer has already spread, unless removal is part of an overall plan that includes other treatments directed toward widespread cancer.

Tumors Metastatic to the Kidney

Sometimes cancers in other areas of the body spread (metastasize) to the kidneys. Examples of such cancers include melanoma Melanoma Melanoma is a skin cancer that begins in the pigment-producing cells of the skin (melanocytes). Melanomas can begin on normal skin or in existing moles. They may be irregular, flat or raised... read more

; cancers of the lung Lung Cancer Lung cancer is the leading cause of cancer death in both men and women. About 85% of cases are related to cigarette smoking. One common symptom is a persistent cough or a change in the character... read more 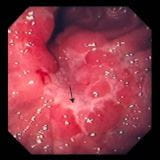 , female reproductive organs Overview of Female Reproductive System Cancers Cancers can occur in any part of the female reproductive system—the vulva, vagina, cervix, uterus, fallopian tubes, or ovaries. These cancers are called gynecologic cancers. The most common... read more , intestine Tumors of the Digestive System , and pancreas Pancreatic Cancer Smoking, chronic pancreatitis, male sex, being Black, and possibly long-standing diabetes are risk factors for pancreatic cancer. Abdominal pain, weight loss, jaundice, and vomiting are some... read more ; leukemia Overview of Leukemia Leukemias are cancers of white blood cells or of cells that develop into white blood cells. White blood cells develop from stem cells in the bone marrow. Sometimes the development goes awry... read more ; and lymphoma Overview of Lymphoma Lymphomas are cancers of lymphocytes, which reside in the lymphatic system and in blood-forming organs. Lymphomas are cancers of a specific type of white blood cells known as lymphocytes. These... read more