Use of Agents to Reverse Direct Oral Anticoagulants—Commentary

Direct oral anticoagulants (DOACs), which include dabigatran, rivaroxaban, apixaban, and edoxaban, are widely used for stroke prevention in patients with atrial fibrillation and to treat venous thromboembolism. An ongoing concern with DOACs is how to reverse their anticoagulant effect in case of major bleeding or the need for an urgent surgical procedure. Until recently, clinicians relied on nonspecific procoagulant agents (eg, fresh frozen plasma, prothrombin complex concentrates) to overwhelm and reverse the anticoagulant effect of DOACs (1). Specific DOAC reversal agents are in clinical development and the first of these, idarucizumab (Praxbind), was approved by the U.S. Food and Drug Administration in 2016 for the reversal of dabigatran in patients with serious bleeding or urgent need for surgery. Idaricizumab is a monoclonal antibody fragment that binds dabigatran; the dose of idarucizumab is 5 grams, given as two 50-mL bolus infusions of 2.5 grams, no more than 15 minutes apart.

Does this new agent work?

It appears that it does. FDA approval of idarucizumab was based on preliminary results from 91 patients in the REVERSE-AD study (2). More recently, the final results of REVERSE-AD, involving 503 patients on dabigatran, confirmed that idarucizumab reliably reverses the effect of dabigatran (3). This reversal was rapid, occurring within one hour after infusion, and was sustained for 24 hours. These results were observed among patients with serious bleeding and those requiring emergency surgery. Concerns that DOAC reversal agents may induce a hypercoagulable state pertain more to prothrombin complex concentrates which, when given to DOAC-treated patients lead, to supra-physiologic coagulation factor levels since, unlike warfarin, DOACs inhibit but do not reduce clotting factors (4). Idarucizumab binds dabigatran and does not appear to induce a prothrombotic or immunologic response. The REVERSE-AD study should provide clinicians reassurance that idarucizumab reliably and rapidly reverses the anticoagulant effect of dabigatran. However, idarucizumab is specific to dabigatran and has no effect on other DOACs.

The question now is: when should clinicians use idarucizumab? Most patients with dabigatran-associated bleeding can be managed with supportive measures that include intravenous fluids and red cell transfusion because the relatively short half-life of dabigatran (12-14 hours) will allow rapid elimination (4). Idarucizumab should be considered in a small minority of patients with

The decision to give idarucizumab should be based on clinical factors alone. Clinicians should not rely on laboratory tests such as the dilute thrombin time (dTT) to determine the need for idarucizumab because the dTT is not widely available and there is no established dTT level that will determine whether idarucizumab is needed.

Does this mean dabigatran should be the preferred DOAC?

Another question is whether the availability of idarucizumab should lead to preferential use of dabigatran over other DOACs. In general, the DOAC chosen should be individualized: apixaban or edoxaban may be preferred in patients with prior gastrointestinal bleeding; dabigatran in patients with prior stroke; and rivaroxaban in patients with drug compliance problems (5). However, the availability of idarucizumab may be important for some patients, for example, those with prior bleeding or who are at risk of bleeding. In all cases, the patient should participate in the selection of which DOAC to use. Other reversal agents (eg, andexanet-α, ciraparantag) may become available in the near future for patients receiving DOACs other than dabigatran. 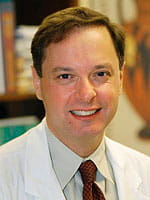