For physicians and researchers, multiple sclerosis still presents a number of challenges. For example, diagnosis can be difficult and depend on patient-reported symptoms of prior episodes (exacerbations), and treatments are not curative. However, MRI of the brain and spinal cord has made diagnosis considerably more precise and often easier. Also, many new disease-modifying drugs have been developed in the last few decades, and other promising treatments are expected to be available soon.

Overall goals for treatment include:

Immunomodulatory treatments to delay and prevent exacerbations began in the early 1990s with self-injected drugs known as “platform medications” including interferon beta-1a and 1b and glatiramer acetate. They’re still available and have been shown to reduce the risk of relapse by about one third.

Oral drugs including fingolimod soon followed, representing a significant advancement, especially for patients uncomfortable with injecting themselves. Another primary group of multiple sclerosis drugs consists of antibodies administered intravenously, including natalizumab and the more recent alemtuzumab, an anti-CD52 humanized monoclonal antibody. These intravenous drugs are given less frequently (once a year for alemtuzumab), but can have considerable adverse effects, including headache, joint pain, fatigue, urinary tract infection, pain in the extremities, diarrhea, and rash. More serious adverse effects may include progressive multifocal leukoencephalopathy (for natalizumab) and autoimmune disorders and cancers (for alemtuzumab).

Symptoms of acute exacerbations (for example, optic neuritis) that cause deficits that are objective and interfere with function are treated with short-term courses of corticosteroids. It’s important for patients to understand that corticosteroids can help shorten and reduce exacerbations in many cases, but they have significant adverse effects (particularly if used often or chronically) and have little effect on slowing the progression of the disease. In some cases, patients unresponsive to corticosteroid treatment may undergo plasma exchange to limit severe exacerbations.

Results of an international study published in JAMA Neurology last month reported a 46 percent progression-free survival rate five years after treatment in all evaluable patients. Eight deaths (2.8 percent) reported within 100 days of transplantation were considered transplant-related mortality. Adverse effects are still a considerable barrier, and outcomes were better in younger patients with a relapsing form of multiple sclerosis, less neurologic disability, and fewer prior immunotherapies. Large clinical trials in the U.S. and Canada should reveal more insights on this developing treatment, possibly in three to five years.

Physicians have not reached a consensus on which disease-modifying immunomodulatory therapy is preferred. Shared decision making is one effective strategy in determining which treatment is best for an individual patient.

Physicians should have a few recommendations in mind based on factors like the type and progression of multiple sclerosis, patient education, and treatment preferences. Among the many factors to consider are risk of serious long term side effects, short term discomfort likely to accompany certain treatments, convenience (for example, oral drugs compared with injectable drugs), and prognosis, based on the patient’s particular clinical characteristics. Physicians can then have a conversation with the patient to determine the best course of action. A growing body of research confirms the desirability and effectiveness of this method, and more and more patients are coming to expect it.

Patients often have questions about other alternative treatment options, from bee stings and diets to low-dose naloxone. Physicians should be sure to ask patients about alternative treatments they’re considering during shared decision making and, in most cases, steer them toward focusing on an active, healthy lifestyle, coupled with appropriate medical treatment, as the most effective way to combat multiple sclerosis. 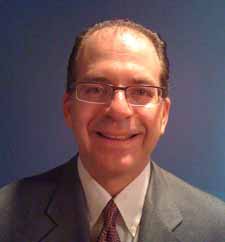