Comment on our recent news article about a study presented at the 2015 American Academy of Neurology meeting about a drug that ultimately may be useful for multiple sclerosis.  Multiple sclerosis (MS) is the most common autoimmune disease of the CNS in humans and is characterized by MS plaques—areas of inflammation associated with demyelination in the brain, spinal cord and optic nerves. Optic neuritis, inflammation of the optic nerve, which presents clinically as subacute loss of vision (typically unilateral) associated with pain with eye movement, headache, and centrocecal scotomata, is a common feature of MS, both as an initial and subsequent symptom. The degree of demyelination of the optic nerve during an episode of optic neuritis can be measured using a visual evoked potential (VEP). VEPs measure the time in milliseconds (latency) it takes for a light stimulus flashed on the retina to reach the occipital cortex.

Currently, there are 12 FDA-approved drugs for the treatment of MS, all of which are designed to reduce CNS inflammation. In contrast, the new study describes a drug that doesn’t reduce inflammation but instead is designed to repair myelin. Specifically, the drug is a monoclonal antibody to LINGO-1 (anti-LINGO-1). LINGO-1 (leucine-rich repeat and immunoglobulin (Ig) domain-containing neurite outgrowth inhibitor Nogo receptor-interacting protein-1) is a protein expressed on neurons and oligodendrocytes (the myelin forming cells of the CNS), that inhibits axonal regeneration and myelination.1, 2 It was hypothesized that inhibitors of LINGO-1 (inhibiting an inhibitor) would promote remyelination. This was shown in to be true in animal models.3

In this phase II study (ref. 4 and ClinicalTrials.gov NCT01721161), 82 people who experienced their first episode of unilateral optic neuritis were treated with high-dose corticosteroids, and randomized to receive the anti-LINGO-1 antibody (100 mg/kg IV) or placebo every four weeks for 20 weeks (6 doses). The drug’s effectiveness was tested at six and eight months by comparing the degree of improvement of optic nerve latency (as measured by VEP) in the affected eye between control and treated patients. At six months, patients who received the drug improved on average by 7.55 milliseconds (34%) compared to those who received a placebo. At 8 months, there was an average improvement of 9.13 milliseconds (41%) over placebo. In addition, researchers compared optic nerve latency of the affected eye with the normal eye of the same subject. They found that the VEP of the affected eye recovered to almost normal in 53% of participants who received the drug compared with only 26% of those given placebo.4

This is an important study in that it examined a “proof of principle” hypothesis: namely that a drug that promotes remyelination in vitro and in animal models was possibly shown (indirectly by VEP) to do the same in humans. It is also one of the first studies to test a drug that repairs one of the damaged MS targets (oligodendrocyte, myelin) rather than modulating the effector immune response (autoimmune T-cells, B-cells, and antibodies). This is an exciting study, but like all initial observations, it must be interpreted with cautious optimism for several reasons:

An ongoing phase 2 study (Clinicaltrials.gov NCT01864148) will test anti-LINGO-1 antibodies in MS patients concomitantly receiving one of the drugs (interferon beta-1A [ Avonex]) that modulates inflammation in MS. It is unclear if the monoclonal antibody will have the same access to the brain as to the optic nerve, which may alter its efficacy. In summary, this is an important first step in a series of future therapies designed to repair damaged CNS tissue in MS, rather than to inhibit the autoimmune response in MS patients.

See Dr. Levin's Approach to the Neurologic Patient in The Manual. 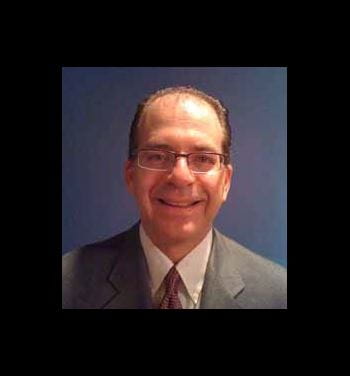