Commentary: Are You Drinking Enough Water? 5 Facts About Dehydration

After a tough workout or a long hike, there’s nothing better than quenching your thirst with a refreshing cold drink of water. There’s a reason it’s so satisfying. Thirst is an ancient bodily mechanism designed to prevent dehydration. While thirst is a relatively common sensation, dehydration is a serious condition that can require medical attention if not addressed.

Dehydration is a deficiency of water in the body. When the body loses too much water, it can lead to dangerous symptoms including light-headedness, weakness, and confusion, and, if not treated, shock, a loss of consciousness, and even death.

Here’s a rundown of five things everyone should know about dehydration and how to make sure you’re drinking enough water.

Think of your body like a giant reusable water bottle. Throughout the day, your body loses water through a few different processes—namely going to the bathroom, sweating, and breathing. You take in water through eating and drinking. Dehydration occurs when your body loses more water than it brings in for a prolonged period of time.

We tend to think dehydration is caused by excessive sweating, but there are many other causes of a net-loss of water from the body. Illnesses that cause vomiting and/or diarrhea are common causes. Less often, people get dehydration as a result of burns, kidney failure, and the use of certain drugs.

2. Recognizing the Early Warning Signs of Dehydration Is Critical

There are several stages of dehydration. It’s important to recognize the early symptoms and drink water before dehydration becomes more serious.

The most obvious early symptom to watch for is thirst. Thirst is a signal to start looking for water and a signal to our kidneys and sweat glands to start holding on to the water currently in our body. Symptoms of mild to moderate dehydration include increased thirst, reduced sweating, reduced urine production, and dry mouth. Muscle cramps are another symptom to watch for, particularly during strenuous physical activity. Cramping during exercising is a sign you should grab a sports drink and cool off. Anyone planning to partake in strenuous activity should make sure they’re well hydrated ahead of time.

Failing to replenish the body’s fluids after these warning signs can lead to more severe dehydration. With severe dehydration, low blood pressure can cause light-headedness, confusion, and even fainting. Individuals in hot environments are at risk for heat disorders.

If a person is weak and confused or has other neurological symptoms as a result of dehydration, it’s crucial to seek medical attention as soon as possible.

3. Some People Are at Greater Risk of Dehydration

Dehydration is more common in some populations.

Infants and younger children, for instance, face a greater risk because a given amount of fluid lost represents a larger portion of their body fluids than in older children or adults.

Older people tend to sense thirst more slowly and less intensely, which can make mild dehydration more difficult to spot. People who have trouble moving around may have difficulty getting access to the water they need.

Certain conditions, such as diabetes, and drugs, such as diuretics (water pills), can also increase the risk of dehydration.

4. It Is Possible to be Overhydrated

Having too much water in the body isn’t healthy either. In most cases, overhydration is caused by medical disorders that limit the body’s ability to excrete water or increase the body’s tendency to retain water.

5. The Average Person Should Make a Point to Drink Water Throughout the Day

Because people vary a lot in how much water they take in and lose each day, it’s not possible to recommend a daily water intake that applies to all people. In general, you should drink as much water as you eliminate each day at a baseline. There aren’t many recognized health benefits to drinking more water than that, with one key exception. Drinking more water has been shown to reduce the risk of kidney stones in people who are at risk of kidney stones.

As a general rule, people who anticipate doing exercise or heavy work that will make them sweat should make a conscious effort to drink water before and during exercise or physical exertion in the heat. They should make sure to drink before they feel thirsty. Finally, they should watch for symptoms of dehydration in themselves and others and replenish fluids whenever they feel thirsty. 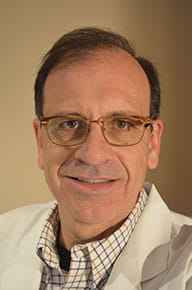 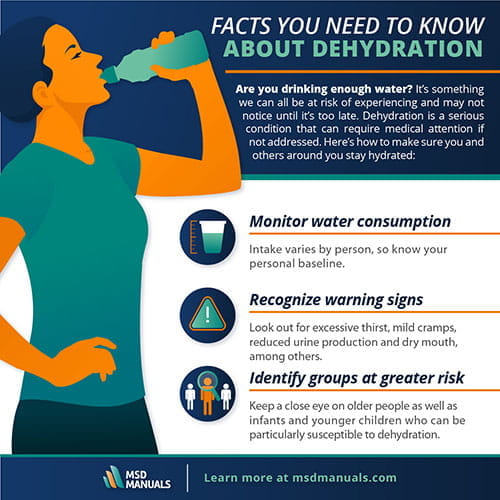