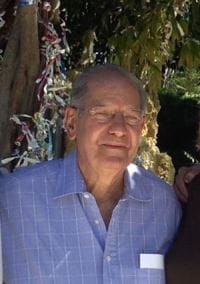 Coronaviruses, so-named because protein spikes on the surface of the virus resemble the sun’s corona, are common. Most cause respiratory, gastrointestinal, liver, and neurologic diseases in animals.

Only 7 coronaviruses cause disease in humans (HCoV).

Three of the 7 HCoV (SARS-CoV, MERS-CoV, and SARS-CoV2) have caused major outbreaks of deadly pneumonia in the 21st century.

The first of these outbreaks, severe acute respiratory syndrome (SARS), first emerged in November 2002 in Guangdong province in southern China and caused an epidemic that spread within months to 29 countries and 6 continents. It sickened over 8,000 people and killed almost 800 worldwide. The majority of cases occurred in Mainland China and Hong Kong. In the United States, only 8 people had laboratory-confirmed SARS; all 8 had traveled to areas where SARS-CoV transmission was occurring.

The seventh HCoV to be discovered is SARS-CoV2, the cause of an outbreak, named COVID-19, that is currently spreading worldwide. The outbreak began in Wuhan in Central China. (Wuhan is home to the Wuhan Institute of Virology, a leading center for coronavirus research, although no connection is suspected between the research and the current outbreak.) SARS-CoV-2 is most closely related, with 96% genetic similarity, to a coronavirus isolated from horseshoe bats that were found in caves in Yunnan, China, over 1000 km (about 621 miles) from Wuhan (1).